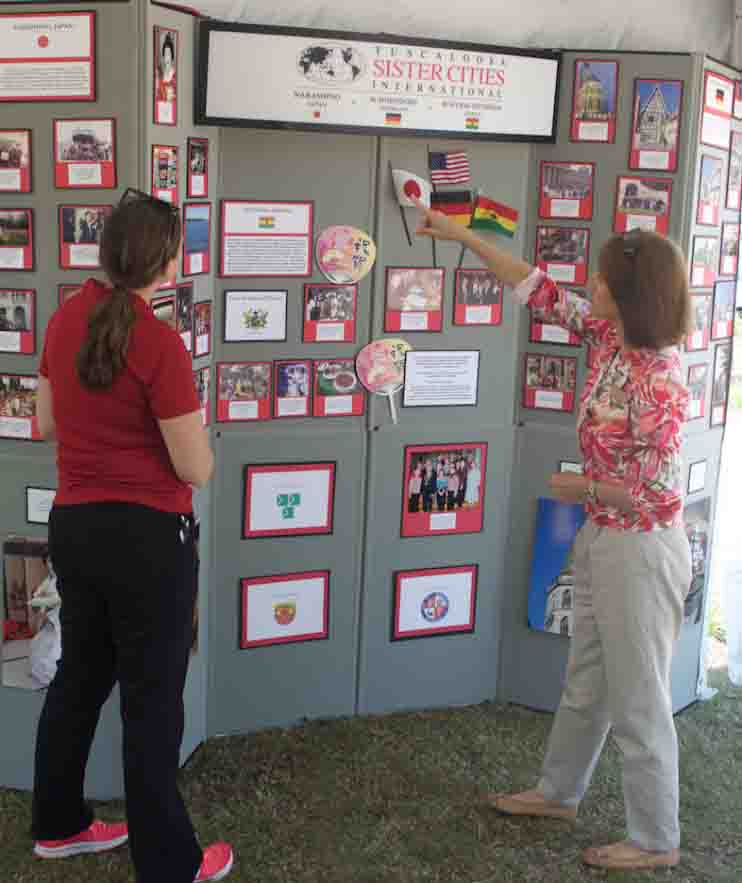 The CIC works with TSCI each year on maintaining relationships with Tucsaloosa’s sister cities.  Each year TSCI is a sponsor of the annual Sakura / Cherry Blossom Festival, which shares Japanese culture with the Tuscaloosa community.  TSCI also provides scholarships for UA students studying abroad in a sister city, and, for the 30th anniversary of TSCI’s sister city relationships, they sponsored a scholarship for a student from one of their sister cities to study at UA.

Narashino City, municipalized in 1954, is located in the Tokyo Bay near Tokyo in northwest Chiba Prefecture.  A regional commercial center, Narashino’s coastal area is home to many industries, as well as the Yatsu Higata Tideland, a protected wetland for migratory birds, and the Yatsu Rose Garden, which features over 6000 individual blossoms in May and October.  Several institutions of higher learning, including the Chiba Institute of Technology and Nihon University are located here.

Schorndorf is located in the southwest of Germany only 18 miles from Stuttgart, capital of the state of Baden-Wurttemberg.  This historic district city is the birthplace of automotive pioneer Gottlieb Daimler, and is often referred to as “Die Daimlersadt” (the Daimler city).  A beautiful medieval town, Schorndorf was founded in the 12th century and is situated n the valley of the Rems River and surrounded by hills of the Swabian Forest, well known for its rich wine country.

Sunyani is a city in the West African Republic of Ghana, and is the capital of both the Sunyani District adn the Brong-Ahafo Region.  An estimated 80.245 people reside here.  The name Sunyani derviecs from the Akan word for elephant, “osono”.  Techiman, located nearby, is the leading market city in the region and is the legendary birthplace of all the Akan peoples.  Sunyani and Techiman are important hubs for the distribution of cocoa, kola nuts, and cashews; both cities are well known for their many cultural, recreational, educational, and economic amenities.